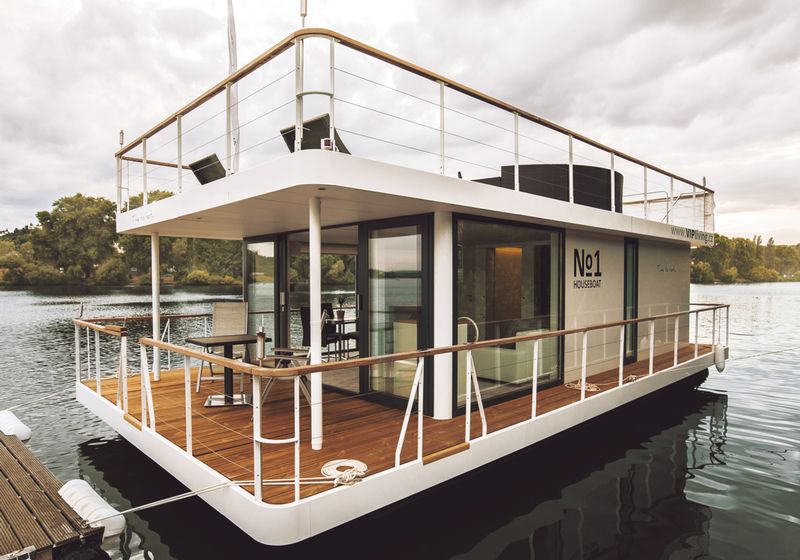 Envisioning a new sense of modernity with Berlin houseboats

As people are moving to Berlin in hoards, it’s time to ditch that dreaded apartment search and get your sea legs on. It might seem like Amsterdam has a monopoly on houseboats, but the Berlin Hausboote (if you will) are redefining the way we live and giving a good name to urban river pirates everywhere. 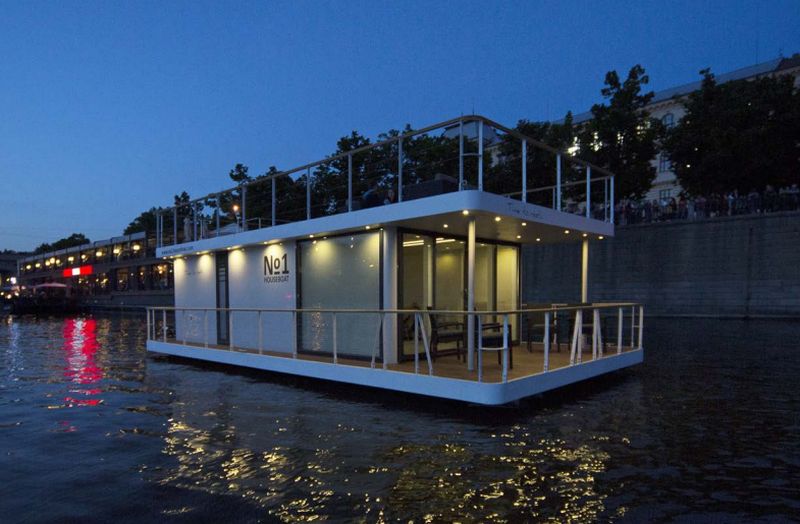 We can thank Johnny Depp a couple of times over for promoting life on the water, and while we can glide over Pirates of the Caribbean, Chocolat is where the real style came to play. Bringing some much-needed affection to gypsies (Sinti-Roma), the floating community got pretty well glorified with the boho chic glamour and a party to die for, and things got downright romantic as hell with the floating bedroom. But what’s it really like living on a houseboat in Berlin?

Well, it’s twofold, and that’s where the fun comes in. Both “pirates” and adventuresome modernists share space on the watery playing field. As the city grows, bringing more people in, rents are rising, and getting your hands on a nice apartment is like digging into true treasure trove. Some people are using this as an outlet for extreme ingenuity and designing their own DIY houseboats out of barrels and scraps of wood, quietly mooring up around the Spree River to practice a sort of guerrilla living style. Others are going a bit fancier. 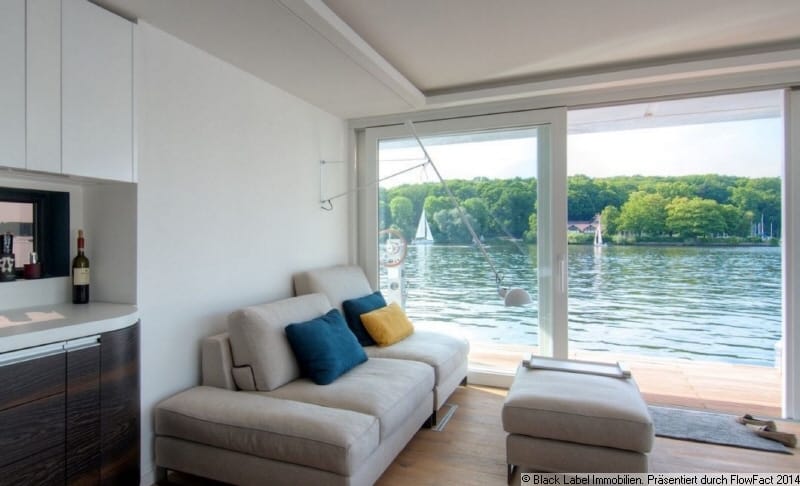 Living in a city offers an endless stream of entertainment and adventure, but the flip side to the hustle and bustle is the need to escape and find a quiet place out in the mountains or woods, hence the German love for Schrebergärten, little garden weekend homes. But modern houseboats are proving to be the unrecognized answer to the question. Life on the boat is relaxed and quite calm, as long as you’re not living next to famed river bars like Badeschiff or Watergate. Mooring up to a place like Ostkreuz offers quiet and calm, while still being just 20 minutes outside center of Berlin. The thing about the water though, is that it’s all about the view. Contemporary houseboats have shirked the traditional rustic style and are now more like floating Frank Lloyd Wright masterpieces. Floor to ceiling windows cover three walls and rooftop garden and party decks are becoming the vision of home sweet home. Who needs Club der Visionäre now? 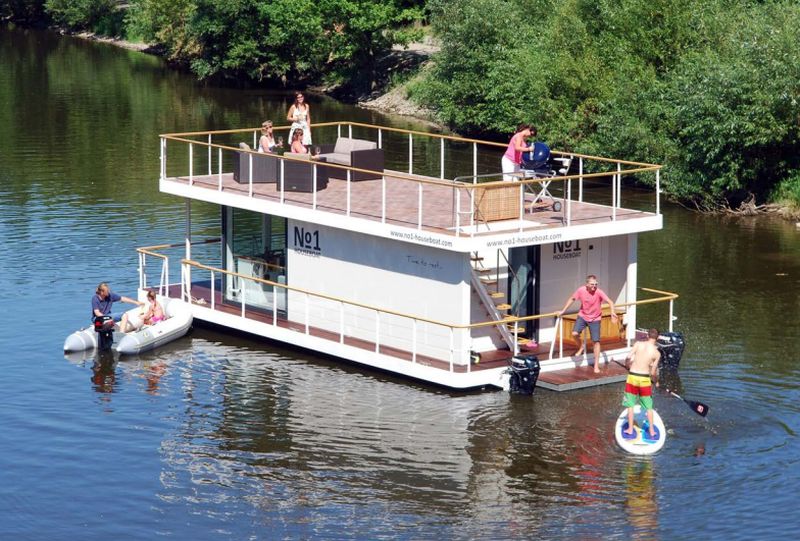 Berlin is sort of the life of the party when it comes to European cities, but its beautiful scenery, lakes, and rivers and grossly underappreciated. Living on a houseboat in Berlin is a game-changer for those who want to be a part of the area’s nature scene from Friedrichshain to Charlottenburg while still glowing in the bask of the city glow. So, while we cramp into our five-person WGs with the neighbor’s techno blasting through the walls, others are drinking Riesling in the sunset from their personal roof gardens. It sure is good to be a Berlin version of a river pirate.