Neukölln is a very heterogeneous district. Or in other words: hard to understand, you have to experience it. The Time Out Magazine has described Neukölln as “one of the coolest areas in the world”. Those who have seen the German TV-series 4 Blocks only supposedly have a good insight, because Neukölln stands for kebab and star cuisine, for social housing and luxury lofts, for cosy neighbourhoods and exciting nightlife. And: Neukölln is especially popular with young people. Today, about 330,000 people from 160 nations live here. The district is one of the most densely populated inner-city areas in the world.

“There’s music in Rixdorf” – even today

Until 1912, the district bore the name Rixdorf. In 1899, Prussia’s largest village to date was granted city rights. Rixdorf lost its name as a – as they say today – rebranding: Rixdorf had become too famous for dissoluted life and frivolous entertainment. This was to be eradicated. The new name refers to the location south of the origin of our capital: Berlin and Cölln. But – the district has not become quiet to this day. Night owls from all over the world love Neukölln because things are always different here, always new and never settled.

Rixdorf is not a Slavic settlement like most districts in Berlin, it was founded by the Knights Templar. In 1318, possessions of the Templars were transferred to the Order of St. John, which still exists today and whose eight-pointed cross adorns the district coat of arms. Later, exiles from Bohemia who had to flee because of their Protestant faith settled here. They too are immortalised with a chalice in the district coat of arms.

The urban structure as we know it today was also created here during the Gründerzeit. Karstadt on Herrmannplatz was the largest department stores’ in the world in the 1930s and one of the most important buildings of early modernism. The Nazis blew up the building in April 1945 to leave as little as possible for the Russians. After the war, Karstadt was only very pragmatically rebuilt.

During the division of Germany, Neukölln was a rather unpopular district next to the Wall. The Berlin Senate settled many guest workers here, so that a lively Turkish life could develop. The border crossing on Sonnenallee is still known today through the film of the same name. After the fall of the Wall, the district attracted refugees from Arab countries, and at the same time gentrification began, giving Neukölln a very contrasting and thus exciting character today.

The Klunkerkranich Club, the Heimathafen with its top-class events and the Carnival of Cultures – these are just some of the highlights of cultural life in Neukölln that are known far beyond Berlin. And foodies love Neukölln too. There is star cuisine here, many creative chefs have set up shop here. From regional, reimagined dishes at Tisk to Israeli specialities at Kitten Deli to dessert at Brammibal’s Donuts – Neukölln’s cuisine, like its residents, is endlessly diverse.

But Neukölln also includes Rudow Bukow and Britz, where it is significantly quieter – a stark contrast to the hip north of the district. Here there are detached and semi-detached houses, a village green, large ponds, churches and parks. There is even a castle in Britz, and the Bundesgartenschau left the Britz Gardens here. The Hufeisensiedlung (Horseshoe Settlement), built in the 1920s, is today an icon of New Building and has made it onto the UNESCO World Heritage List. It owes its name to the U-shaped structure of the complex.

In the 1960s, the architect Walter Gropius was commissioned to develop a new area, and today the entire district bears his name. According to his plans, the houses were to have a maximum of five storeys. But nothing came of it. Due to the limited space available after the Wall was built, Gropius had to plan upwards. Today, the ‘Ideal’ high-rise is Berlin’s tallest residential building at almost 90 metres. In the 1980s, Gropiusstadt was considered a social hotspot, and Christiane F., the sad heroine of ‘Wir Kinder vom Bahnhof Zoo’ (Us Children from Zoo Station), who grew up here, made the district famous far beyond Berlin’s borders. Today there is hardly a trace of this past left, Gropiusstadt is in demand. 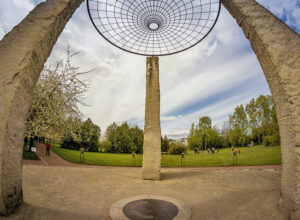 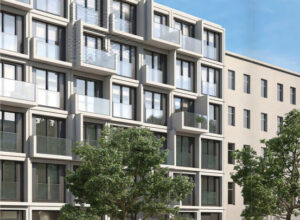 The Neukölln boom goes on and on. It is the most popular district for people under 35, but it also has properties for all ages and price ranges. Not only are the people in Neukölln diverse, so are the housing options. Our experts will be happy to help you buy or sell your property in Neukölln.