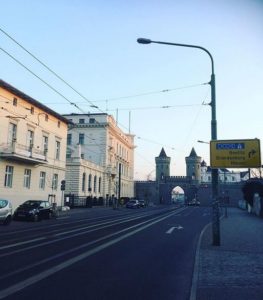 “Why would I live in Brandenburg when I could just live in Berlin?” This was the confused response I received from a few of my friends upon asking if they would ever consider living out of the city-centre. While many people long after Berlin and experiencing all that it has to offer, far fewer have ever thought about the possibilites which lie in its encompassing district.

A region bursting with culture and natural beauty, Brandenburg is a fantastic place to live. With its modern infrastructure, including multiple highways, rail networks and waterways all making Berlin’s city centre so easily accessible, the region is becoming an increasingly popular residential area. This is exemplified by the fact that while there were 14,263 building permits granted for apartments in 2016, from January to September 2017 there were already 25 percent more permits issued than in 2016 altogether. This recent growth, mainly fueled by people moving away from the city and into the surrounding region, looks unlikely to slow down in the coming future as Brandenburg continues to provide a pleasant contrast to the metropolis of Berlin. With historic city centres filled with medieval streets, marketplaces and half-timbered houses laying at the foot of forests, rivers and lakes, Brandenburg’s beauty is truly endless.

Brandenburg is not only attractive to those wanting to purchase property there. While tourists have been flocking to the region for a long time, 2016 saw a significant increase in visitors with the state capital, Potsdam, welcoming around 4.8 million visitors- an increase of 2.9 percent on the previous year. It is not hard to understand why this is the case. With over 7,000 kilometers of cycle paths, 2,000 kilometers of hiking trails, riding stables, golf courses, spectacular castles, churches and most famously Sanssouci Palace, there is so much to see and do for everyone in Brandenburg; the possibilities are endless.

While it may come as no surprise that Brandenburg is a popular destination for tourists, less well-known is the fact that Brandenburg has favorable business conditions with its good infrastructure, low costs and high subsidies and this has meant that many businesses have also been drawn to the area. In 2016, for example, there were 17,080 business start-ups based in Brandenburg, resulting in the region developing into a modern, even multiple award-winning quality location, as well as an economic engine. Investments pay off both for international corporations and smaller investors. Both commercial and industrial space is available in the best locations and also at reasonable prices. With the trade tax index being 21 percent below the German average, it is easy to see why so many businesses favour Brandenburg.

While Berlin is booming, so is Brandenburg. No one can be sure as to what will happen over the next few years, but it is predicted that its population is going to increase by at least 5% by 2030. If you are looking for a more peaceful lifestyle but still want to be connected to the hustle and bustle of Berlin, Brandenburg might just be the place for you.