Black Label CEO A. Amann invited to speak about Berlin’s affordable housing crisis on Spiegel TV.
Posted at 30.01.2018 | by Achim Amann | in About us, Market news, Press

Der Spiegel is Europe’s leading news magazine, with a weekly circulation of 840,000 and known for its investigative journalism. 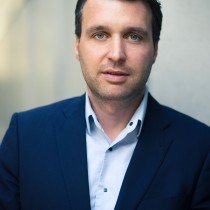 The CEO of Black Label Properties, the Berlin international agency, was invited to speak about the city’s affordable housing crisis in a special report for Germany’s Spiegel TV, Europe’s leading independent news site. Listen to the full report here (from 55:18 mins).

The special report highlights current issues in the German housing market and questions to what extent Berlin politicians have managed to provide more living space again with the ban on misappropriation, a current hot topic in Berlin.

For the average earner, it is becoming increasingly difficult to find affordable housing in Berlin. Rents have risen by 72% over the last 10 years, and the purchase price for an apartment has doubled in the same period.

“The regulation of Airbnb when it was spiraling out of control was much needed and only fair. However, this does not create any further living space. It is much more important to create incentives for private sector property developers and project developers to build affordable housing. In the 1990s, there were already state subsidies in which investors received tax advantages and favourable loans. In return, however, investors were obliged to rent out this property for a long period of time at a reasonable price. A similar programme could be brought back today, but with the aim of bringing people into property ownership,” says Achim Amann.

“We now want to see that developers are motivated to build and sell their properties cheaply so that normal people can buy them and create their own assets, rather than staying renters for the rest of their lives.”

Why we need to introduce tax breaks for rental apartments

Affordable housing has been on the political agenda in Germany for years. In 2015 the federal government introduced a rent cap and other measures including increasing environmental protection areas (where the conversion of rental apartments into owner-occupied apartments is subject to authorisation). These actions have not helped to alleviate the tense situation in the Berlin

housing market. In 2016 the government also planned to introduce a new tax law for special write-offs on rental apartments to encourage investors to buy tenanted property in areas with a tight housing market. According to the government’s draft bill, up to 2,000 EUR per square metre would have been eligible for funding. There was also a cap on the amount that would be paid (3,000 EUR) to prevent the tax breaks from being misused to build new luxury real estate.

“The new legislation should have been adopted in 2016 but unfortunately it has stalled so it’s very frustrating – it could have been put into law a year ago. We still see special write-offs for private

investors as a sensible way out of this issue. It is not acceptable that many people who work in Berlin can no longer afford to live in the city,” continues Amann.

Building the right type of housing

It has also become clear from new research* by the economic think tank, Cologne Institute for Economic Research (IW) that we are building the wrong type of housing. The study found that only 32% of the necessary new apartments were built in Germany’s main cities between 2011 – 2015, which puts huge pressure on the housing market. In Berlin, there was a particular scarcity – just 20% of demand was being covered – in particular, of two to four-room apartments. Those looking for an upmarket apartment (five rooms +) however, have no shortage of options.

“Many property developers can’t afford to buy land in the suburbs and have no choice therefore but to continue to build luxury apartments so that the project is worthwhile. However, expensive and large apartments are now difficult to sell. We have too many large (four to five room) apartments being built which most people can’t afford in larger cities anyway. There is a lack of smaller (two and three-room) apartments. If private developers don’t start building cheaper, smaller and shared flats, they will carry on exceeding demand, and the cycle will continue. We need to find incentives to help them do this and push the government to introduce new tax breaks to support the market.”