Experiences of the Berlin property market from the perspective of an 81 year old.
Posted at 25.02.2019 | by Dominique Bridstrup | in News, Selling Properties

Experiences of the Berlin property market from the perspective of an 81 year old.

Having lived in Paris for a long time, former actress Irene Keidel-Aparcev, who also previously worked as a phonetician, made the decision to return to her hometown of Berlin.

In 2000 she purchased a relatively run-down two-room Altbau apartment in Charlottenburg close to the Savignyplatz. With the help of a couple of handy men the apartment was completely renovated. Firstly the wallpaper had to be removed and the walls and ceilings repainted. The nostalgic bathtub was able to shine once again and the bathroom was freshly re-tiled. Even the dilapidated window sills were completely refurbished and replaced by beautifully crafted wood. Finally the old wooden floorboards were re-polished.

„If the location and floor plan are right for you, and you have a vision, no one should shy away from buying a property which needs some work“, says Irene Keidel-Aparcev.

This decision took many years to make, but when Irene did decide to sell, the Berliner could not have chosen a better time.

„It then came to the time to find a real estate agent. Everyone knows that the real estate market is full of surprises. I met with a few realtors who were experienced and reputable, traditional family businesses, but I also met with some – only a few – which I would not recommend anyone to meet“, says the retiree following her search for the right agent in Berlin.

Up until this point, Ms. Keidel-Aparcev had not been ready to sell, and had only played with thoughts of letting her apartment go. Only last year did the apartment owner come across Black Label Properties’ website. Following multiple talks and a few email exchanges, Irene met with CEO Achim Amann to show him the apartment.

„I immediately trusted Mr Amann, although that’s not my usual style. His clear, understandable way of expressing himself appealed to me. I felt my needs were taken seriously. None of my questions became too much for him“, says Ms. Keidel-Aparcev, describing her first encounter with Achim Amann. 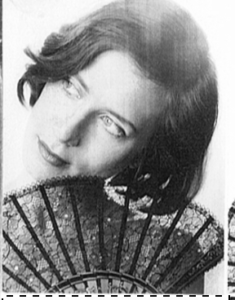 Shortly after meeting with Achim, Ms. Keidel-Aparcev came to the decision that she was ready to sell. It was however really important to her that the current tenant- a special education teacher- would not be evicted and therefore did not want the new buyer to seek to live in the apartment themselves. After a relatively short period of time an investor was found. Another buyer was also interested in buying the property immediately but wanted the apartment for personal use. As investments are no longer profitable these days, Irene Keidel-Aparcev had doubts during the sales process as to whether it would be right to sell the apartment at all. At the same time, she was already looking for a new but smaller investment property.

Irene Keidel-Aparcev found what she was looking for before the sale had gone through: a small apartment on Kantstrasse directly on Savignyplatz. She asked Mr. Amann to visit the apartment with her and he agreed that it was a great, smaller apartment that would suit her needs as well as make for a great investment. She then purchased the apartment.

All in all selling with the Westend-based real estate agent was a complete success for the private investor.

„Mr. Amann is to me not only a serious businessman, but also a most amiable person. He accompanied me to the notary when it came to the final stages of my selling apartment, and even advised me on my new home purchase, although it was done through another broker, because originally I wanted to buy an apartment from him. Unfortunately, he had nothing similar to offer. For me, Mr. Amann is the crowning glory among all of the agents I’ve met. He has preserved his humanity in this hard business“.

If you are thinking of selling your Berlin investment property ...
please get in touch with one of our international team now.
→ more information

What our clients say