Berlin’s public transport system is one of the best in the world. With underground trains, over ground trains, buses and trams all available for public use, getting around Berlin is simple, quick and cheap. In this short blog post I am going to give some tips and tricks for getting around the various areas of Berlin: essentially this shall be a succinct ‘beginner’s guide’ to navigating the city. For those of you who are new to the city, just as I was less than a year ago, it can definitely feel a little overwhelming when trying to navigate the various forms of transport. People will often feel this way because there is simply so much choice of transport.

As mentioned above, there are underground trains, over ground trains, buses and even trams running every few minutes to get you from A to B in Berlin. Below is a short summary of each type of transport, when they run and where they run. 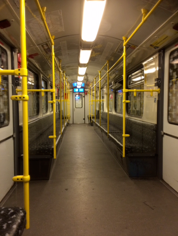 The underground train is called a ‘U-Bahn’ in German and the entrances to the various stations can be identified by a white ‘U’ on a large blue sign.

The underground forms a major part of the city’s transport system with 173 stations across Berlin. Trains run every 2-5 minutes during peak times and therefore it is one of the most convenient ways to get around, especially if you’re wanting to travel shorter distances. The majority of the major tourist attractions can be reached on the U-Bahn with its numerous lines extending all the way from Charlottenburg in the far West to Lichtenburg in the East.

From a personal perspective, Berlin’s underground is much easier to navigate than the underground systems of many other European cities where reaching the underground often requires travelling what feels like miles below ground before actually boarding a train. The trains are also much quieter than in London, for example, and there is certainly a more relaxed atmosphere. 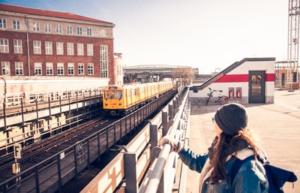 The over ground train is called a ‘S-Bahn’ in German and the entrances to the various stations are recognisable by a white ‘S’ on a circular green sign.

These trains also form a major part of the city’s transport system and are a great way both short and long distances in Berlin. The over ground runs a little less regularly than the underground trains but are usually every few minutes at peak times travelling mainly through the major stations of Berlin. The S-Bahn also forms a ‘ring’ (the Ringbahn) around central Berlin which runs both clockwise and anti-clockwise. This is great to make use of if you are hopping between the various city areas in both the East and West and wish to avoid the busier central areas. The S-Bahn also travels as far as Potsdam and is great to use if you are new to Berlin and wish to see the city as you travel.

There is an incredible 329 bus lines which serve Berlin. These run throughout all of Berlin’s twelve districts and usually cover the areas not served by the U- or S-Bahns. In the very early hours of the morning the 39 bus lines will also often replace the over and underground trains for a few hours which is fantastic if you wish to enjoy Berlin’s fabulous nightlife. 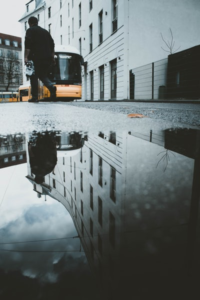 The Berlin Tramway is one of the oldest tram networks in the world and is the third largest tram system in the world. There are a total of 22 lines with almost 800 stops so it’s also another great option for getting around the central areas, particularly the East. Many of the major lines run throughout the night even on weekdays and are another great way of seeing Berlin as they snake through the various districts.