London Cabbies Inspire Berlin Estate Agency to Do Their Own Knowledge 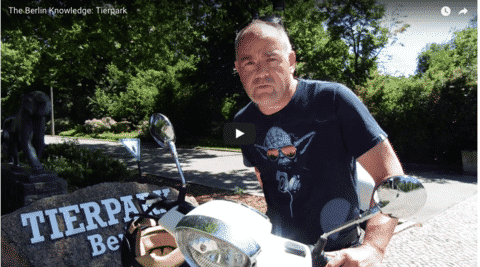 London Cabbies Inspire Berlin Estate Agency to Do Their Own Knowledge
Posted at 02.09.2017 | by Achim Amann | in About us, News, Press

Berlin international estate agency, Black Label Properties, has taken inspiration from London Black Cab drivers to launch its own version of The Knowledge.

Known as the toughest taxi test in the world, would-be London cabbies have to learn the streets of London by memory and without the help of modern devices such as SatNav’s before they can claim their famous green badge. The Berlin Knowledge sees Black Label’s relocations consultant Clive Gross embark on a similar journey around the city, showing potential clients locations and sites they might otherwise miss.

Clive commented “Growing up in London it was a common sight to see people buzzing around the city on small motorbikes – I seem to remember Honda 50’s being the bike of choice – with maps on the front handle bars learning the routes they needed to pass The Knowledge. Even with all the GPS technology we have today, there is still nothing like learning what a place is like by exploring the streets, so I thought doing a Berlin version could help people thinking about moving to Berlin get a real feel for the city.”

The Berlin Knowledge project is a mixture of off-the-cuff videos shot on a small digital camera or smartphone from a whole variety of locations across the city. The first batch of some 30 clips that launch the project include trips to some of Berlin’s many green spaces, hidden museums and even a famous modernist housing development. The Berlin Knowledge website and YouTube channel are backed up with a Facebook page that also features albums of images from these and other locations visited.

Having considered buying one of the famous old East German Simson Schwalbe motor bikes for his road trip, Clive eventually settled on a fully electric Kumpan 1954 scooter – called Wilhelm – as his companion for the project. Clive added:

“While it was tempting to go retro, choosing an electric bike for my travels felt more like it reflects the green values of Berlin. I went to quite a few different bike dealers and followed up a variety of private bike sales, but as soon as I tried an electric bike I knew that was the one. It took me a week to get the feel of it and work out how far I can go between battery charges, but now I love it.” The manufacturers of the famous London Black Taxi have themselves just announced they are launching an electric version of the iconic vehicle this November.

Established in 2011, Black Label Properties have made a name not just for providing a professional sales service, but also for offering their clients a full package of advice and support in finding the right property, accessing mortgage finance and helping people set themselves, their families or their business up in Berlin. Director Achim Amman added:

“We are always looking for ways to be innovative and show people just why we think Berlin is such a great place to live, work or invest. Our international team now includes members from the UK, US, Australia and China and they have all come to the city because of the lifestyle and opportunities it offers. This project is just another way to show people who may be thinking about coming here what they will get when they do.”

The Berlin Knowledge is also designed to be a living project, with new clips and images added regularly that reflect new developments and changes around the city alongside visits to more established parts of the city’s heritage and culture. The series will also in the future include interviews with other people who live or work in Berlin and have particular knowledge about different aspects of the city. Clive concluded:

“Even though I have been coming to Berlin regularly since 1994, it is constantly changing – which is one of the things I like most about it. Some of the places I am visiting as part of this project I know, but even in the first batch of clips, there were places I had never been to before – like Alt Stralau and the famous Horseshoe Housing Estate in Britz – despite the fact they are close to other ones I know well. This may well be a project that never ends!”

You can start doing The Berlin Knowledge at www.berlinknowledge.com and follow the links to YouTube and Facebook. For more details about the full-service package offered by Black Label Properties, visit: www.blacklabel-properties.com