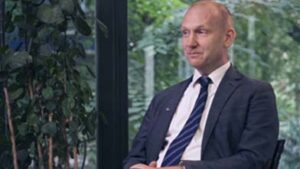 Tobias Scheidacker was born in Greifswald in 1975 and completed his studies and legal clerkship in 2002/3. Since 2004 he has focused on real estate law and is the chairman of the Haus- und Grundbesitzerverein Kreuzberg e.V.

What to do if interest can no longer be serviced?

First of all, it would be important to talk to the bank about whether you can change the conditions, whether financing with the same bank or perhaps with another bank is possible. If this is not possible, it may be a good idea to sell, ideally through a local broker, because he knows the market, knows what prices can be called, and because he has the necessary networks to be able to sell the property in a timely manner.

This is crucial, because if you can’t service your interest, you don’t have much time before the bank takes action. The hands-free sale is the best way to get the funds to replace the bank – and maybe there is even money left in the end.

What is a milieu protection area and may structural changes be made to the building?

A ‘milieu protection area’ is an area decided by the municipality in which certain rules apply, namely that there are only allowed to divide houses into condominiums under certain conditions. Almost every structural change or change of use of buildings requires an official permit.

This goes very far: If I have a small sink in a bathroom, and I want to make a larger sink out of it – so I need a building permit for it. This also applies if it is my condominium in which I live myself. Another example: If we want to improve the floor, install balconies or lifts or change the floor plan by merging apartments and rooms, we always need a corresponding building permit in the milieu protection area.

What is a fractional community?

A ‘fractional community’ is when several participants own the ownership of a property – in ideal parts, for example each to 20 percent. However, it is not possible to assign exactly who owns which physical part of the property, i.e. who owns the faucet and who owns the bathtub. This means that in this example, each co-owner would own both the faucet and the bathtub to 20 percent. These are then the ideal fractions that belong to everyone.

In many constellations, fractional communities are formed, for example, if several people want to buy a property together, on the other hand, it can also be interesting for outdoor areas of plants that belong to several people together. This can be, for example, a private road or a garden.

How are purchase contracts checked by the solicitor?

First of all, the situation in which the parties find themselves is important. There are many different ways to buy. Houses can be bought or apartments that already exist, but also those that do not yet exist, but are to be built first. Accordingly, purchase contracts can have very different contents.

How risky a contract is – from the buyer’s point of view – arises primarily from the question: Who is my contractual partner, and can I already physically inspect a property? If I can do that, the question arises: Does the property have defects, do I have to send someone to investigate this?

If a property is still to be built, the question arises: How resilient is the contractual relationship and my contractual partner who is to build it? When it comes to the contract, it is important to know in which instalments I should pay and whether I will get what I expect within the deadline.

What is the best way to implement a rent increase?

The largest data sets currently have the property managers: This means that if you have your apartment professionally managed, you can immediately access the data set of the property management and have values for comparable apartments with which you can formally explain a rent increase effectively.

If a lease is newly concluded, then it makes sense now to conclude a so-called index lease. This means that an initial rent is agreed with a rental development that is linked one-to-one to inflation. Then the rent can be adjusted annually to the extent of inflation. However, this presupposes that a solid initial rent is given.

What should be considered when renting furnished?

Many landlords think that a furnished rental would automatically not be within the scope of the rent brake. That is not the case. What is relevant is not whether furniture is in the apartment, but whether it is a so-called tenancy of temporary use.

The legal focus is therefore primarily on the temporary duration of more than three months and less than one year in the term of the lease. This is relevant, for example, for foreign students who spend a semester in Berlin or Tesla employees who do not want to buy furniture themselves for a temporary stay. If, for example, the contract then runs for half a year, the rental of a furnished apartment is exempt from the rent brake.

How can landlords optimize their returns?

You need to pay attention to this when renting furnished apartments and when modernizing.
There are two possibilities: one is to think about a furnished rental and the other is the structural upgrading of the apartment through modernization. The furnished rental as a short-term rental, i.e. as a rental for so-called temporary use, is privileged by law.

When renting a furnished apartment, the contract requires that I have an interest in a short term on the part of the tenant. This must be longer than three months, otherwise we would be in the area of misappropriation, which is prohibited. In addition, the term does not have to be longer than about one year, otherwise this would not be a temporary rental.

When renting a furnished apartment, the rental periods could therefore range from three to twelve months, and the reason for this time limit should come from the perspective of the tenant, for example if he is not in Berlin for a long time. This applies, for example, to students who are there for a semester, research students, doctoral candidates and generally people who only work in Berlin temporarily.

If these conditions are met, a rental agreement can be concluded in which the rent is calculated differently than would be the case with the application of the rent brake in a regular tenancy.

Modernisation is another issue: here the law provides for rules on how this may be applied. Modernizations are basically within the scope of the rent brake. This means that we have to look here at how high the local comparative rent is. Here we can add a so-called modernization surcharge, namely in the amount of eight percent of the modernization costs annually. So if 100,000 euros are invested in the modernization of the apartment, then 8,000 euros of it can be allocated to the rent every year.

It is important that this is only possible with regard to the pure modernization costs. Maintenance costs cannot be added to this, as can renovations. Modernizations, on the other hand, are things that improve the value of the apartment, i.e. the use value, or the things that lead to energy savings.

This must be carefully documented in the course of the work, because in case of doubt I must be able to explain this later in the process, when a legal service provider comes, or a tenant with a solicitor. In this presentation, we can then show how the state was before, what was improved, what effort and services were used, and how much money it cost.

What is a self-employment termination and how does it work in practice?

A ‘termination for personal use’ is the termination that the landlord pronounces if he wants to move into the apartment himself. Often, self-employment terminations are examined by the lawyer, as many formal and substantive errors can happen. Another reason for the lawyer’s consultation is that only what is written in the termination is relevant in the process: If something is overlooked or something is done wrong, it has an impact on the entire subsequent event.

If the tenant then does not move out on the termination date, an eviction action must be brought before the district court. Then a written preliminary procedure begins, followed by a court date, if necessary, a price collection and then a judgment. It may also be that an agreement is reached as part of the procedure, and the tenant then moves out on another date. In the proceedings, it depends on the living situation in which the tenant is and how he builds up his defence. A self-consumption procedure can take between six months and two to three years.

What do you need rent appraisals for?

The ‘rent appraisal’ should be added to the lease so that it can be proven that the rent is customary locally, since an appraiser has determined this value. Ten percent more rent can be estimated than the expert opinion indicates, then a permissible initial rent is given in the contract.

What is the Berlin Rent Index?

The ‘rent index’ is an overview of the rents paid in Berlin. Here, a data collection is carried out every two years on a key date, the households and the landlords are surveyed. From the amount of the rents on this reference date, it can be determined for which type of apartment the rent is customary locally.

This data collection is carried out by a commissioned institute and advertised by the Berlin Senate. Subsequently, a working group discusses the rent index, namely the so-called working group rent index. Various parties are involved in this, such as tenants’ associations, such as the tenants’ association, or landlords’ associations, such as Haus und Grund, as well as the Senate and statisticians. However, the rent index is controversial, as it is often based on outdated data, which makes it correspondingly difficult to rent at current prices.

What is the rent brake?

The ‘rent brake’ is a legal regulation according to which only a rent based on the local comparative rent may be agreed in the case of a new letting. This means that this rent may only be exceeded by ten percent.

If you would like to discuss buying, selling, investing or property management then please get in touch. You can email us here, info@blacklabelimmobilien.de or call on 0049 30 921 43 046

A link to the interview in German can be found here:

Real estate knowledge from a lawyer’s point of view (blacklabelimmobilien.de)