Berlin-Prenzlauer Berg has developed in recent years from a run-down area to one of the most popular residential areas in Berlin. Especially young people and families like to move to the trendy neighborhood, which is characterized by numerous trendy pubs, cafes and restaurants.

Boutique shops, the famed Mauerpark, and many, many strollers have recently become the vision of Prenzlauer Berg. Back in the 1960s though, Prenzlauer Berg was an East German neighbourhood and the site of peaceful protests and a strong counterculture. After the wall fell, Prenzlauer Berg held onto its rebellious roots and become a hotspot for squatters. Fast forward to the 2000s, and Prenzlauer Berg homes hold families and hip, young professionals.

Prenzlauer Berg is a vision of fresh, chic design. The Williamsburg of Berlin, the neighbourhood holds cute cafes and design shops built to perfectly furnish the area’s iconic altbau apartments. While the apartments are beautiful on the inside, the facades of the buildings keep a strong aesthetic charm on the outside. Prenzlauer Berg is a beautiful neighbourhood that lends itself to morning runs and evening walks.

One of the great perks of living in Prenzlauer Berg is having easy access to the Mauerpark flea market. The now famous Sunday market overflows with vintage furniture, East German relics, craft jewelry and art. The talented buskers and outdoor karaoke have helped boost its reputation as a favorite weekend hangout as well.

The Kulturbrauerei has become a staple of Berlin culture with a GDR museum, music venues, nightclubs, food stands and more, and one of Prenzlauer Berg’s best sites lets you look past the neighbourhood. Built in East Berlin in 1987, the Zeiss Major Planetarium is one of Europe’s largest stellar theatres.

Mauerpark holds a strip of the original wall, which serves as a daily canvas for street artists to practice their craft and just down the street is the Berlin Wall Memorial. The memorial offers lots of information about East Germany and the wall, and it has maintained the area as it was, complete with the death strip and watch tower so that one can get a more accurate understanding of history.

Berlin-Prenzlauer Berg has the largest residential area from the Wilhelminian period in Germany. About two-thirds of the apartments date from the period between 1871 and 1914. Most of them have been renovated and modernized, but still convey the unmistakable flair of bygone days. The district has many different facets to offer. In the center of the city, our real estate experts can show you apartments in the upper price range. These are highly sought after on the market, especially because of their central location. Here you have shopping opportunities, bars, restaurants and cultural facilities right on your doorstep.

→ Find your dream property with a search mandate 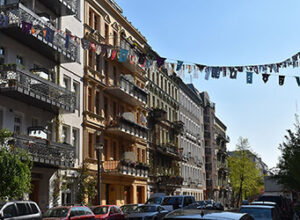 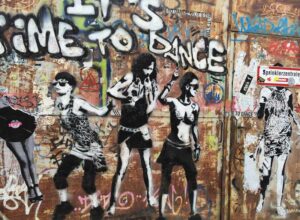 For Black Label Properties, Guyla Turmayer assists clients in finding their dream property in this highly sought-after part of the capital.

“The hotspot of Prenzlauer Berg is the Eberswalder Straße – Oderberger Straße neighborhood. This is where families with children, but also young people, are drawn to. From here it is not far to Berlin-Mitte or to the nightlife areas of Berlin-Friedrichshain, and the S-Bahn and U-Bahn provide excellent connections. The district is divided into five neighborhoods, the Bötzowkiez near Friedrichshain, the WInsviertel, the Kollwitzkiez, Helmhotzkiez and the Gleimviertel with the famous Mauerpark.

In the last 10 years, Prenzlauer Berg has developed extremely. When properties are for sale here, prices of at least 6,000-7,000 euros per square meter are demanded, and the sky’s the limit. The reason for the rising prices here is also the great popularity of the district.”

“Why Prenzlauer Berg? The district has remained young, you can find many small shops and nice cafés. We are also very central here and every corner of Berlin is easy to reach.“ 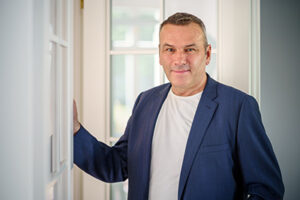